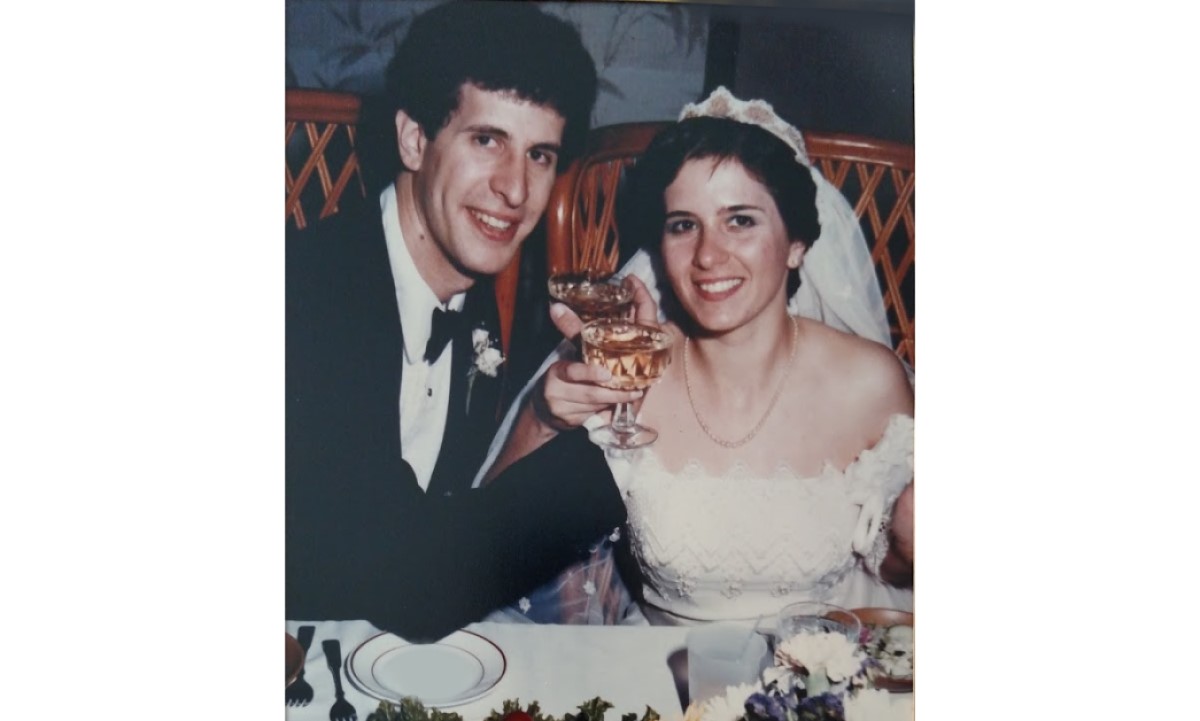 I was fresh out of college, and new R.N. working the night shift at the hospital. I don’t think anyone finds love when they go looking for it. It just comes out of nowhere, usually from someone or someplace you least expect it. And so, this is what happened to me. One of the nurses I was working with fixed me up with this guy she knew. A love story in the making.

A love story in the making

During our dating, he treated me like a princess, took me to the submarine races at Ft. Lauderdale beach, and brought my father Carvel ice cream cakes every other week. Much to my surprise, I already knew Louis’ mother and sister; I just didn’t put the pieces together until he surprised me on a dinner date with “you’re meeting my parents in 15-minutes.” All of the evidence pointed to Louis being a good catch. However, in every relationship, there is always that one little thing that seems like nothing so you ignore it. You dismiss it because you love him. Deep down, you know that you can change him; you’re the most important person in his life and naturally, he will come around to see things your way. And we all know how willingly a husband changes for his wife. A love story in the making.

The love story continues. Despite Louis’ many wonderful qualities, the most prominent one is that he is a wuss when it comes to needles. I’m not talking about the ordinary “I don’t want the shot, but I’ll get it because it’s good for me” wuss. I’m talking about being President of the Big Wuss Club, needle-phobic, full-on wuss. My first clue was when we went to get a blood test for our marriage license. At Louis’ insistence, he put his arm in some convoluted twisted armbar and then had me sit on his arm to prevent him from moving/escaping. I remember the blood draw took almost 90-minutes, and I’m pretty sure he laid on the gurney for at least 45-minutes to “recover from the trauma.” Instead of doing the logic in my head and running for the hills, I went on to marry this Big Wuss.

As a loving and caring wife, I like to think of myself as understanding and compassionate. As a nurse, I understand that an injection, especially with a 26 or 28-gauge needle (a very small diameter needle), is less traumatic than getting bitten by a mosquito. What I didn’t fully appreciate is that Louis’ fear is a phobia. By definition, a phobia is an unfounded fear of something. It’s not rational and can’t be explained logically, but in the mind of that person it’s very real and all the logic and explaining doesn’t change anything. After 36 years of marriage, I have stories of Louis and shots (or lack of) that can fill a book. Early on in our marriage, we were walking in the mall and I noticed Louis stopped to watch a girl get her ears pierced. Bad move Lou! Everyone except Louis knew what would happen. Within seconds of hearing the click of the piercing gun, Louis found the floor. Yep, he fainted in public. You see, part of his phobic response doesn’t have to personally involve him. Louis didn’t get his tetanus booster for 35 years and when he finally did, he insisted that it be done while he was asleep during a colonoscopy. Oh yes, you read the tea leaves correctly. He needed an IV for the colonoscopy and that too in another needle-phobic story!

A vaccine of love on the horizon

It’s March 2020 and the COVID-19 pandemic is in full force. We don’t know much about it and everyone hopes to quickly put it behind us. In this turbulent time of uncertainty, the one thing I’m willing to bet on is that the solution will involve a vaccine given by a jab in the arm. My mind is conflicted; on one hand, we’ll finally be able to socialize and get back to a more normal lifestyle but to do this will require Louis to get a jab, or two, in the arm. Will he voluntarily take the shot or will have I have to put him in a straitjacket? Louis is intelligent; he understood that all of the data indicated that getting the vaccine was the solution. He talked to me for months, ad nauseam, about getting the vaccine. He could have written a master’s thesis from all of our discussions. Regardless, I understood that this is how he was mentally preparing for the inevitable. If this is what it took to get him vaccinated then I would play along. The love story continues.

It was a good sign when Louis said he wanted the vaccine. Since we’ve been married, the process has always been Lou moving around for 20-45 minutes while I tried to calm him down long enough for the nurse to jab him. Yes, I know it sounds silly but keeping in mind he has a phobia. Marriage is about trust and respect. He trusts that I know how to handle his phobia and that I will respect his “guidelines” when he’s getting a shot. Unfortunately for Louis, I am also a nurse and everyone knows that nurses have lots of things to do and we work on our terms; there’s no time to dilly dally! Sit down (because it’s closer to the floor for when you faint), roll up the sleeve, bam! Next! Louis did get his two jabs of the Moderna vaccine. He didn’t faint or fuss. However, watching his face go pale after receiving the injections …. priceless. That’s the man I married.

Get the vaccine! Figure out what works for you or your loved one, reconcile your fears, and just do it.

Remember, It is not recommended you take over-the-counter medicine – such as ibuprofen, aspirin, or acetaminophen – before vaccination for the purpose of trying to prevent vaccine-related side effects, per the CDC.

Preparing for Your COVID-19 Vaccination

My Job May Soon Be Gone

COVID-19 Is The Advance Directive Jolt